Brief History of the LTMA

The Ligonier Township Municipal Authority was chartered on January 10, 1950. The original members of the board were:

* Francis Smith was appointed Jan 1953 to fill a vacancy caused by the death of a former member.

Neilan Engineers of Somerset, PA were the Engineers of the project. Construction of the 17,000,000 gallon reservoir was started in May 1953. The original treatment system consisted only of the disinfection of surface water prior to delivery to water customers. 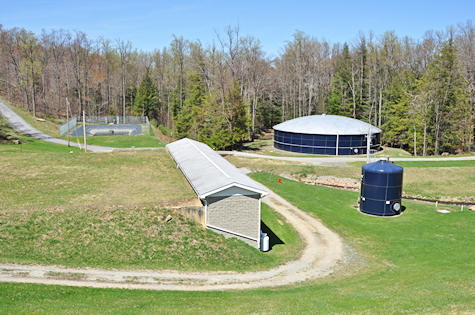 The system remained unchanged until the enactment of the Surface water Treatment Rule in June 1989 by the U.S. environmental Protection Agency. This rule required all public water systems using surface water sources to filter water in addition to disinfection to protect the general public against adverse health effects of exposure to pathogens. Subsequently the Ligonier Township Municipal Authority finalized constructed of a slow sand filtration plant in 1994 and at that same time constructed a well in the State Game lands as a backup supply of water.

Future plans include the construction of a sewage collection and conveyance system to serve the areas of Oak Grove, Waterford, and Wilpen. Planning efforts are currently being undertaken by Ligonier Township for the implementation of this project.